This documentation is about how to migrate from the good old version of our editor to the new CDN based version. There are only a few things you need to change. We will go through these steps in this documentation.

Probably you used one of the following API endpoints:

Instead of the above, you will need to use the following endpoints:

The best thing to do is to build-in a fail over mechanism into your API calls, so if the call at the first endpoint was not successful, then you retry the call with the second endpoint and if that fails you retry with the third.

Besides that, we started to host all of our static content on Amazon S3, so we can accelerate it with Amazon’s CDN (Cloudfront).

Please continue reading for the details in a step-by-step fashion.

There are a few differences between initializing the new js api and the previous version.

The previous version is here:

The new version can be found here:

Again, api-static is pointing to Amazon’s CDN, so it is very fast from all over the world.

As you can see the main difference is that in the old version you had to send a route variable in the query string. That is the route where your part of the token generation can be found, we print it into the js on the server side.

In the new version, you don’t have to send anything in the query param. Instead of that, you have to give the route as the first parameter of the init function. The new version of this js also has failover functionality built-in. As you can see at the very beginning of the script, it uses three different endpoints, as mentioned previously:

If you use the openProject function of the JS API, then the src what you get will be correct automatically.

You have to change your endpoints everywhere you make API calls from your server side. There is at least one point on your server side where you make an API call, and this point is the token generation, since it’s a must-have to implement. Here, the only difference is the same, you have to use the new API endpoints instead of the old ones, just like it was described previously.

Unfortunately the Basic Skinning on our dashboard won’t be working with the CDN based editor. 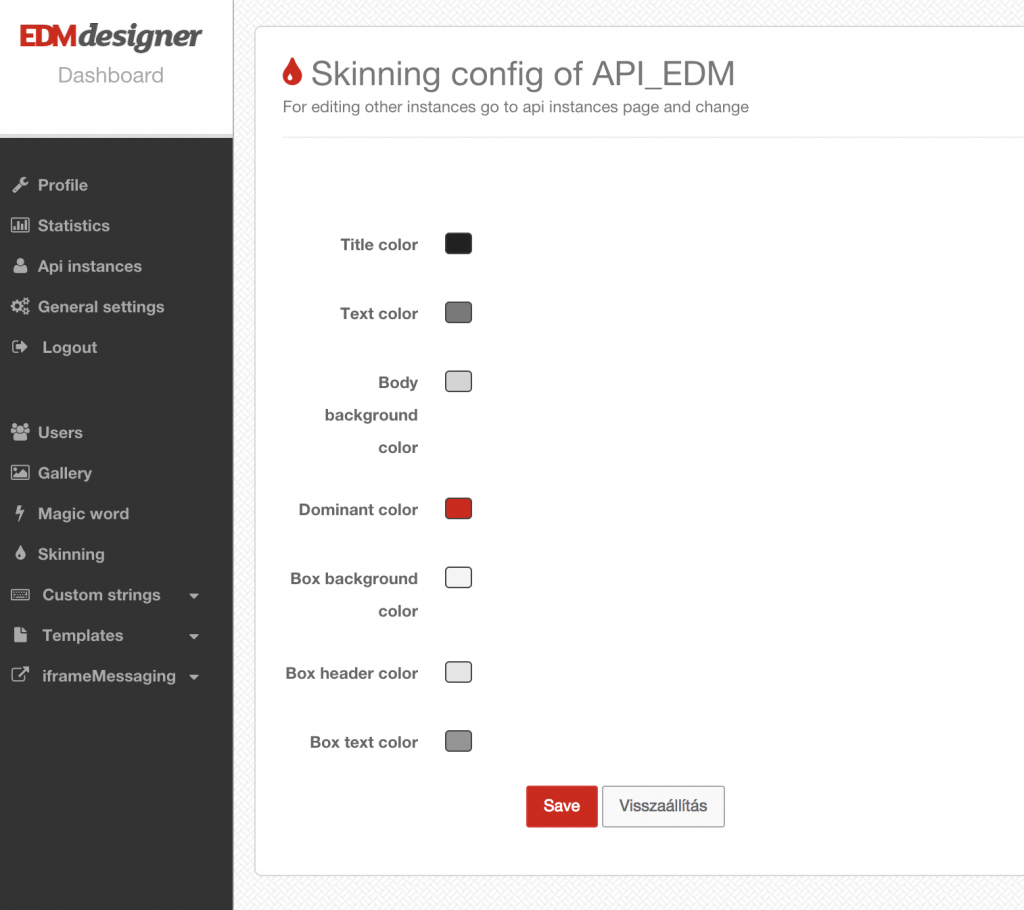 Our PHP examples are very well maintained, but the others are probably not up-to-date. Still, they can be a good starting point, but you might want to take a look at the PHP examples as well in the meanwhile.

If you have another example implementation, please let us know, we will fork it and will put a link here.